A South African-produced job-hunting application (Job X) has become a saviour for some job-seekers and they have raved about its efficiency, improved chances to find employment and reduced their job-hunting costs.

The app was created in 2021 and eventually launched in November 2022.

Mzamo Mbhele from Umlazi, a 22-year-old third-year Information Technology Software Development student at Mangosuthu University of Technology, was the creator.

Job X shows you jobs within 10km, and then the search becomes wider as you scroll down.

It also streamlines the process of creating a CV and allows you to scan and attach documents from one application, saving all documents in PDF format.

Most importantly, the app is zero-rated, which means you don’t need cellphone data to job hunt.

Olwami Vilakazi, 21, from Umlazi, south of Durban, said after completing his matric, unemployment in 2022 brought him various difficulties.

“During that period, it made me go into substance abuse just so that I could get through each day. Not being able to pay for basic needs such as food, electricity, rent and clothing as a young man, deteriorated my mental health and led me into depression,” he said.

Job X was conceptualised and developed by Mbhele, a third-year Information Technology (Software Development) student at MUT, and has become the talk of the town.

This is after Job X, a zero-rated app that allows users to download and use it without having any data, attracted over 10 000 users in its first week and well over 40 000 downloads so far.

But his life took a turn for the better after he downloaded the app last year.

“Job X was super convenient. I did not have to waste money at an internet café anymore. It has the simplest ways to compose a curriculum vitae – all I needed to do was to type my information like I am setting up a social media account.

“It scanned my documents using my phone and created a single PDF. I did not have to pay for a printer and it gave me access to a lot of job posts,” he said.

He has since landed a job as a cashier at Shoprite last year, and would be starting a new job as a receptionist at a local primary school once schools reopened.

Thobeka Dlamini, 30, also from Umlazi, found work as a cashier and floor assistant three months ago, after using Job X, thanks to a friend, whose brother is the creator of the app.

“I have been unemployed since February 2022. It was difficult before that, in spite of constantly submitting my CV without any feedback. I spent much time and money on printouts and data.

“Being able to submit job applications online made it convenient, it cut down travelling costs and all my documents were available in a single file and cut costs on data and travelling.”

Dlamini, a mother of two, said Job X pointed applicants to jobs suitable to them, based on their qualifications, and helped to build professional CVs.

The app creator Mbhele always had a knack for technology since he was young.

“I have always been fascinated with technology to the point that I became a mobile phone repair guy at the age of 11. I decided to create the Job X app because of how costly it was to job hunt due to things like the internet café fees and costs to deliver CVs,” he said.

Job X helps job seekers find employment by showing them available jobs near them based on their qualifications.

The Mangosuthu University of Technology (MUT) has said that it is humbled and proud of its graduate who created a job-hunting app that requires no data.

The university said that it would also help the graduate protect his product.

MUT said that a mobile app to help South African graduates seeking employment may just be what the doctor ordered to curb the high unemployment rate in South Africa.

“We are humbled by this achievement from our IT student in the Faculty of Natural Sciences. I wish to reiterate what our acting vice-chancellor and principal, Professor Marcus Ramogale, always says to our graduates, ‘let not your past determine your future’.

“Today, we are seeing a MUT graduate making international headlines, and this shows that our strategic direction on excellence has begun to bear some fruits,” said MUT acting deputy vice-chancellor for teaching and learning, Dr Manyane Makua.

“We are proud of Mzamo Mbhele, and we will assist him to protect his product. We are on course with enhancing our incubation centre. Mbhele will be able to be protected in an environment where he could imagine more innovations,” Makua said.

The university added that it has noted the support by the media and wishes to encourage the media not to shy away from saying Mbhele is a MUT graduate, not a KZN graduate. 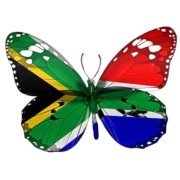