CAREERS are not a new phenomenon in Africa, as the sixteenth century men and women of this continent had accomplished hunters, swordsmen, ironsmiths and even teachers (read storytellers) among them.

As such, the African scenery is full of vivid, impressive examples of how to handle career goals, including modern-day 9-5 office jobs such as accountants, bankers, doctors, lawyers, teachers, soldiers, mechanics and machinists, among others.

If you have ever cooked rice and beans in the same pot, you would know that the rice cooks long before the beans. Yet, the beans is more nutritious and delicious.

To even pick from another example, famed American television host Oprah Winfrey became a billionaire before Nigerian tycoon Aliko Dangote. But today Dangote is worth five times Oprah’s net worth.

All these and more examples teach you that it’s never how fast you go, but how far. This applies with careers, as it does with many aspects of daily living.

A huge take-off from this is that you should not feel threatened by anyone because they succeeded ahead of you. Your success will still come. And it may be bigger!

So, stop pointing at other people’s success and complaining because all your friends made it before you. You are on a different timetable from them.

Stay focused on how far you can go, not how fast. 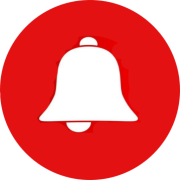 An implementing mindset or an elaborating mindset: Which one is yours?

17 hours ago
Leave a Reply